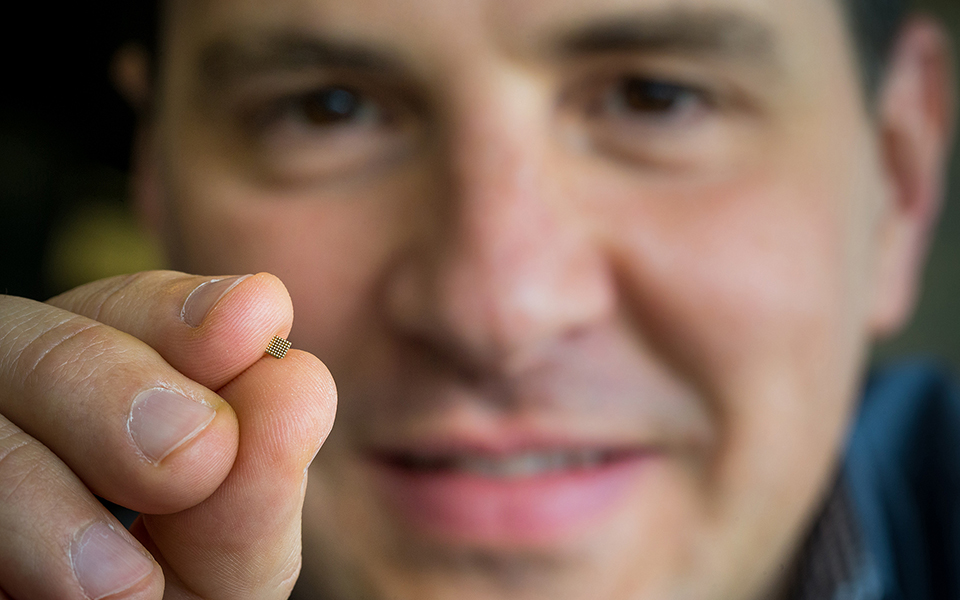 Sometimes the best place to showcase the potential of a bold, world-changing technology is a flower garden. Take the case of Ofer Dekel, for example. He manages the Machine Learning and Optimization group at Microsoft’s research lab in Redmond, Washington. Squirrels often devoured flower bulbs in his garden and seeds from his bird feeder, depriving him and his family of blooms and birdsong.

To solve the problem, he trained a computer-vision model to detect squirrels and deployed the code onto a Raspberry Pi 3, an inexpensive, resource-constrained single-board computer. The device now keeps watch over his backyard and triggers his sprinkler system whenever the vermin pounce. “Every hobbyist who owns a Raspberry Pi should be able to do that,” said Dekel. “Today, very few of them can.”

Dekel, an expert in machine learning, is aiming to solve that problem. He leads a multidisciplinary team of about 30 computer scientists, software engineers and research interns at Microsoft’s research labs in Redmond and Bangalore, India, that is developing a new class of machine-learning software and tools to embed artificial intelligence onto bread-crumb size computer processors. Early previews of the software are available for download on GitHub.