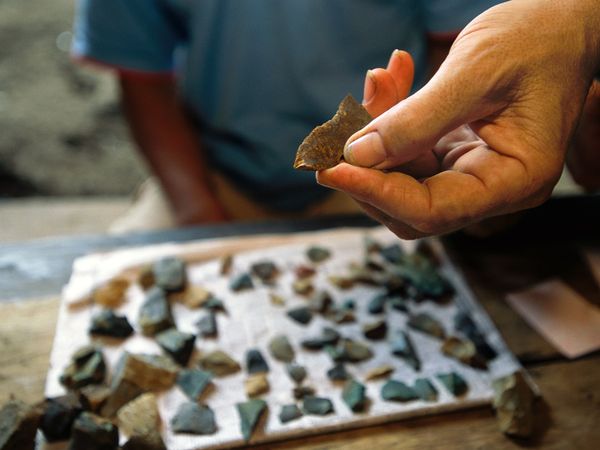 Newfound stone tools suggest the evolutionary history of the “hobbits” on the Indonesian island of Flores stretches back a million years, a new study says–200,000 years longer than previously thought.

The hobbit mystery was sparked by the 2004 discovery of bones on Flores that belonged to a three-foot-tall (one-meter-tall), 55-pound (25-kilogram) female with a grapefruit-size brain.

The tiny, hobbit-like creature–controversially dubbed a new human species, Homo floresiensis–persisted on the remote island until about 18,000 years ago, even as “modern” humans spread around the world, experts say.