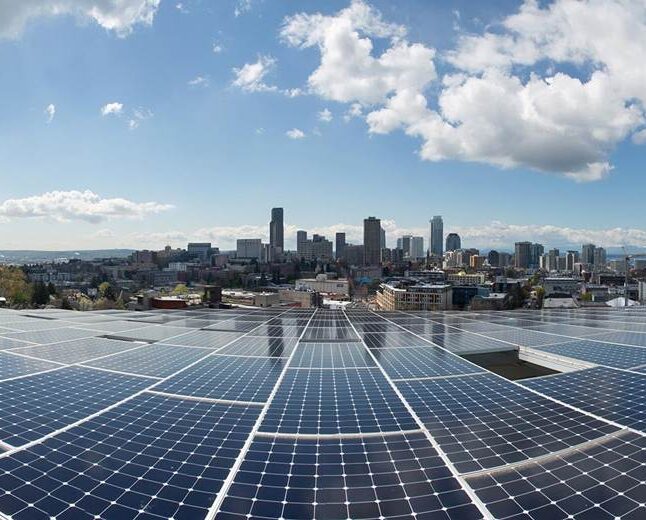 Going solar is expensive, but a confluence of plummeting equipment prices, rising utility bills, new financing schemes and a raft of federal, state, and local incentives are encouraging homeowners across America to take the plunge and put photovoltaic panels on their roofs, even in rainy Seattle.

In 2013, 792 megawatts of solar capacity was installed on homes. That figure is expected to increase 61 percent in 2014 and another 53 percent in 2015, according to the Solar Energy Industries Association, a Washington-based trade group. A megawatt of solar capacity is typically enough to power 200 average U.S. homes, though the number varies depending on factors such as available sunlight and panel orientation.

On a recent drizzly July morning here, homeowner Brian Palmer gestured out the window to the falling rain. There, workers in slickers from a local solar energy company prepared to put photovoltaic panels on his roof, one of the hundreds of such installations that occur daily across the country.