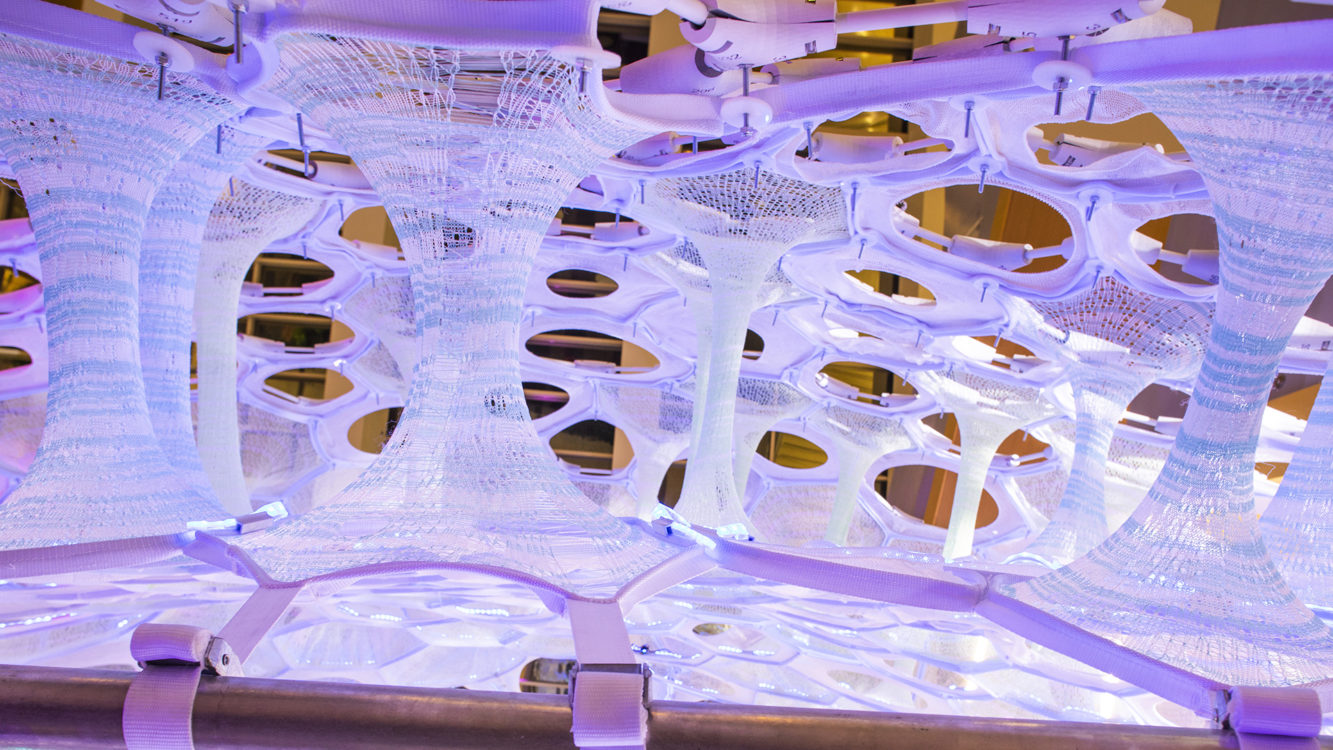 Redmond, Washington and Ithaca, New York – Jenny Sabin is perched high on a scissor lift, her head poking through an opening of the porous fabric structure that she’s struggling to stretch onto the exoskeleton of her installation piece, which is suspended in the airy atrium of building 99 on Microsoft’s Redmond, Washington, campus.

Momentarily defeated, she pauses and looks up.

“It’s going to be gorgeous,” she says.

“It” is a glowing, translucent and ethereal pavilion that Sabin and her Microsoft collaborators describe as both a research tool and a glimpse into a future in which architecture and artificial intelligence merge.

“To my knowledge, this installation is the first architectural structure to be driven by artificial intelligence in real time,” said Sabin, principal designer at Jenny Sabin Studio in Ithaca, New York, who designed and built the pavilion as part of Microsoft’s Artist in Residence program.