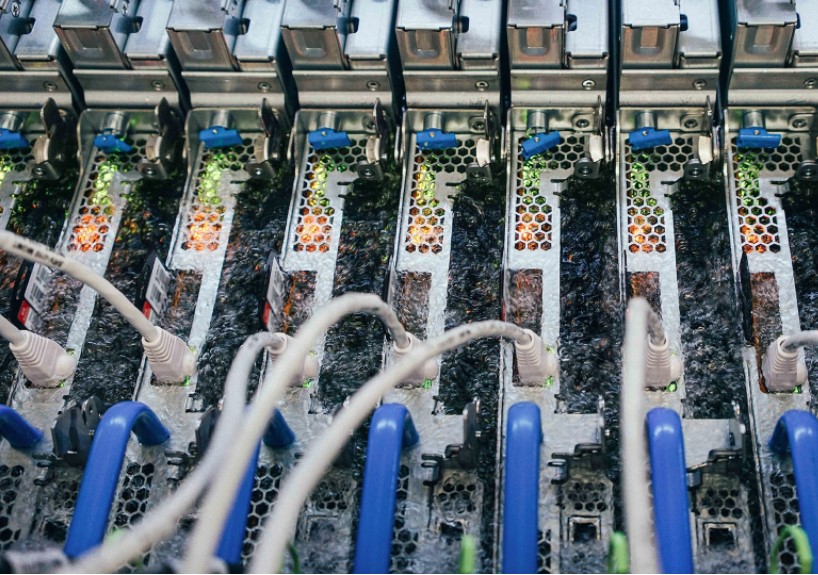 Emails and other communications sent between Microsoft employees are literally making liquid boil inside a steel holding tank packed with computer servers at this datacenter on the eastern bank of the Columbia River.

Unlike water, the fluid inside the couch-shaped tank is harmless to electronic equipment and engineered to boil at 122 degrees Fahrenheit, 90 degrees lower than the boiling point of water.

The boiling effect, which is generated by the work the servers are doing, carries heat away from laboring computer processors. The low-temperature boil enables the servers to operate continuously at full power without risk of failure due to overheating.

Inside the tank, the vapor rising from the boiling fluid contacts a cooled condenser in the tank lid, which causes the vapor to change to liquid and rain back onto the immersed servers, creating a closed loop cooling system.

“We are the first cloud provider that is running two-phase immersion cooling in a production environment,” said Husam Alissa, a principal hardware engineer on Microsoft’s team for datacenter advanced development in Redmond, Washington.